I come to wonder why I started blogging over 8 years ago without looking back at my old posts I assume I was looking for a space to think out loud. I do remember that it was about a year after my Moms passing and I needed to vent and express my emotions. It was a good avenue to express myself, read and entertain myself  (by reading other blogs) and I guess ultimately utilize it as my own therapy session. I did after all discovered (or rediscovered) my love for writing. As I became more and more active with blogging, I (virtually) met people who enjoyed my stories and whose stories I enjoyed too and was able to develop a conmection to some of the bloggers. It was a good experience.
Now I don't know what happened but somewhere along the way, I started to blog less and less until there was no more blogging. And then yes you guessed it right, facebook was born. Facebook was novel and amusing to most people. Using a few sentences to express feelings, announce one's problems to the world, rant, complain or show off seemed to have taken the place of blogging (you may disagree). And yes I joined the bandwagon.
Years later, after trying to have pushed back blogging I suddenly felt the want to start writing again. Maybe its not just a want. Maybe its a need. And so I am finding myself trying to start again this time blogging usingy smartphone (years ago a desktop was the way to go). I am liking it a lot except that I cannot really posts pictures (bummer). But I wonder, where have all my blogging buddies gone?
Hello? Is anybody home?
Thoughts By louann at 8:17 PM 3 comments:

For the past 2 weeks, I've been visited by my Mom in my dreams. They were painful dreams as the reality of her cancer was all part of the dream. I woudn't say it was sweet dreams- far from it and the tears in my dream were painful ones. But upon waking up, there would be a feeling of relief- ironically the relief was that of the dream ending. Most of us wouldn't have wanted a dream where loved ones we yearn for are a part of but probably because of the pain felt in my dreams. I would find myself feeling better upon waking up. In a way I guess I was there as a reminder to me tp be thankful for the whats of now than forever wishing for the what ifs of yesterday.
Despite that being the logical way of putting things in perspective, as in most cases emotions dictate otherwise. There has been that feeling of emptiness since those dreams came to me. A few days ago, I was standing in line at McDonalds to buy breakfast to eat at the office. Standing in line next to me was a grandmother with her grandchild who was probably around 3 or 4 years old. The little boys hand was tightly holding on to his grandma's shirt while his other arm was wrapped around his grandma's leg. The grandma had a very warm smile on her face while asking the little boy what he wanted to eat. At that moment I sensed a very strong bond betwwen the grandma and her grandchild. There was so much love. And then tears started to well up in my eyes. The surge of emotions brought me to wanting to feel that kind of love I shared with my Mom.

Thoughts By louann at 1:02 PM No comments:

During my senior year in college I has Industrial Psych as one of my major subjects. For some reason, I found a very high level of interest in the topics being discussed compared to my previous Psych subjects which covered Psych testing, Counselling. I told myself that one day I would want a career in the real of Human Resources.
June 2004. I found myself dressed in my smart casual attire sitting among a number of applicants at the reception area of a BPO company. I was told they were looking for a Recruitment Coordinator for their HR department. I honestly do not remember how the interview went but I do remember that I signed my contract with that BPO company on June 27, 2014.
I was extremely enthusiastic and proud of the 1st I got. How blessed can a fresh grad be to have landed her dream job? I was very eager to learn the ins and outs of HR. Young and emotional then, I had my fair share of tears shed- both happy and painful ones. I was even more blessed to have been exposed to the different facets of Human Resources - recruitment, compensation & benefits and labor relations. Restless, I found myself looking for something more. It seemed like I was expecting more from myself becuse i knew I could still do so much more.
This year I celebrate a decade of being a Human Resource practitioner and professional. It has truly been a rewarding journey so far and yet i do realize that I am only at the beginning of a very long journey ahead. Often times i wonder if there is anything else I can imagine myself doing like say maybe get into sales or teaching. Then I am reminded of that spark that was ignited in 2004 and then I realize that the fire burning in me has never been stronger than before.
I love HR. I am blessed. 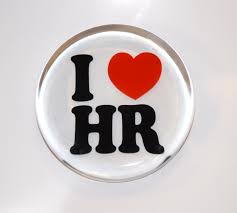 Thoughts By louann at 8:58 PM No comments:

THE Road To My First Marathon

Sometime in 2013 around August or September if I remember right, i felt a nudge in my heart. I had been running for about a year and I found that desire to run a marathon. With about 5 half marys behind me i thought running a full would do me well. So there I found that seed planted in my heart. I said I would run AND qualify at the MILO Marathon in July 2014.
The Milo Marathon is probably the most prestigous marathon in the Philippines. Although it is nothing compared to the Boston or Chicago marathon it does promote the need for runners to be at least at a certain level of competitiveness because there are cut off markers and there are qualifying times to be able to run at the MILO Marathon finals held every December. Failure to qualify during the regional eliminations means you cannot compete in the MILO Finals. The qualifying time for my age category was 4:30. Reasonable and attainable IF one trains for it. Cut the long story short, I didn't train for it and had to pass registering for it.
By March of this year I told myself that if I don't start doing something about that sees in my heart, nothings gonna happen. It ain't gonna hrow if it ain't gonna be watered! I was blessed to have crosses paths with one of our countrys elite runners, Christabel Martes. I strongly felt that I needed a coach to first of all lay out a training plan for me secondly to strictly guide me and lastly to mentor me. Thankfully, she was more than glad to take me in when. I had no idea what was in store for me.
Running, for me started in 2011 when I wanted to lose weight. And as most stories go, it didn't stop there for me. I started signing up for fun runs.
We met for our first session in mid April. I was eager and excited . In the past, each  run I'd do would be more of a spur of the moment plan at least a day before I would actually run. I never had a training plan I would refer to. The most would be taking out snippets from downloadable training plans on the internet. Having a running coach gave me more of a fixed schedule. Runs I would look forward to and runs I would dread (the long ones and the fast ones LOL). Midway thru my training block at around the time my mileage was peaking (averaging 130kms a week) I hinted on giving up. I reached the point where I was craving to bike or swim but everytime I did, I was too tired to push in a quality workout. Apparently no one payed attention to my hints 😆. There would be times when I wanted to just block out everything and simply not run. But right when I was about to give up, my coach started to discuss my tapering.
Taper? Did anyone say taper?!? I was elated! I had no idea what it really meant to taper but it did sound enticing ! The last 4weeks leading to my first marathon focused on recovery and conditioning. I was made to realize that tapering was all about lowering mileage yet maintaining and even increasing the intensity. Here i made a very early (and wrong) conclusion that I preferred short,high intensity runs better. A week before the marathon, i joined a standard distance relay race where I did the 10k run. The day after that event, I could feel my body taking its toll. Itchy throat and runny nose!
Panic set it.
Thoughts By louann at 4:17 PM No comments:

I Wont Promise. But I Am Resolved.

...on pursuing this blog which I have so left unattenteded for the past 2 years! I can't even seem to get that out of my mouth. 2 years?!? Holy Mac!!
Much has happened since my last post, too much in fact. I am resolved to make this work this time. With all my 3 boys relatively grown past the bottle feeding / diaper / toddler chasing stage, there is in a sense more time to chill. Life is good indeed.
Thoughts By louann at 11:17 AM No comments:

I think we literally found paradise. No kidding. The trip was awfully long and tiring plus it was raining terribly when we got to the island so all of us were feeling pretty blue but the next day, the aum decided to ahow off and make us feel the heat so we were able to go island hopping and i was kust awestruck at the magnificence of the beaches. Awesome creations of God! I was all to excited and immediately basked in the glorious sun. There were hardly any tourists so we practically had the whole island to ourselves.
Given that, i haven't run in like 5 days. Eeek.  Supposed to be seriously training for my first jalf maratjon. I am resolved on running tomorrow. Reminds me of how important disciplime is.
Thoughts By louann at 8:59 PM 1 comment:

Off for a quick one

We're on the road, the husband and i together with 2 friends. God is good and has allowed us to go on a 4 day break after a long time. We're hitting the blue sea and powdery sand in a few hours, thank you Lord.
Knowing that we would be away from the running zone for 4 days-although i did bring my shoes and a pair of running shorts just in case- we made it a point to run for 3 days straight since Monday. We started trying speed training using the (unused) airport runway as our training ground. We have been doing mostly hill reps and lsd's. I have realized how different flat pavement running is. It is very tiring and challenging. We'll see how far we go.
Thoughts By louann at 1:30 AM No comments: